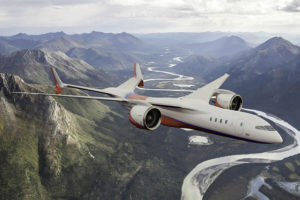 The flight of the first in Russia electric aircraft is scheduled for 2020, reported the Foundation for Advanced Research Projects.

“The prototype of a hybrid power plant with an electric motor based on high-temperature superconductivity is planned to be tested at a flying laboratory. The technologies developed for it can be used to create various aircraft, including multi-rotor”, noted the Russian Foundation for Advanced Research Projects.

In Moscow, on the basis of the Central Institute of Aviation Motors, demonstration tests of an electric motor using high-temperature superconductors with a power of 500 kW have already been carried out.

“It is planned to achieve an increase in the specific power of the engine due to the use of second-generation high-temperature superconductors cooled by liquid nitrogen in its design”, said the Russian Foundation for Advanced Research Projects.

The use of high-temperature superconductors will also reduce the size and weight of electric machines and hybrid power plants based on them.

In this case, the main feature of superconductors is a significant reduction, up to almost complete absence, of electrical resistance.

The high-temperature superconductors can be used in electric or hybrid power plants of local airliners, promising rotary-wing aircraft and vertical take-off and aerotaxis.