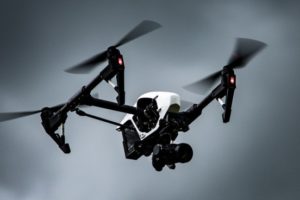 The first pan-European rules on civilian drones aviation were approved by the European Parliament and the EU Council. At present, the drones lighter than 150 km, representing the majority of them, fall under the jurisdiction of the national authorities and therefore manufacturers and operators are subject to different construction and safety requirements.

It is expected that the technology of civilians drones to hold about 10% of the EU aviation market over the next 10 years (ie about 15 billion EUR per year). According to the European Commission’s projection by 2050, the downtreading industry can create around 150,000 jobs in the community.

According to the informal agreement reached earlier today, the design and production of drones must meet the EU’s basic safety, security and privacy requirements, the European Parliament said.

The European Commission has the task of laying down more specific requirements, for example, what types of drones should be equipped with functions such as maximum flight height, maximum radius of action, collision avoidance, flight stabilization and automated landing.

Member States will have to ensure that pilots of drones that can cause significant harm to humans, for example, by encountering them or posing a risk to privacy, security or the environment. The drones themselves will also need to have special markings to make them easily identifiable. The aim is to ensure a uniform level of safety across the EU and greater clarity for donor manufacturers and pilots to help develop the sector.

The negotiated regulation also updates EU safety legislation in the aviation sector. With the expected air traffic doubling over the coming decades, the objective is to create a more flexible Europe-wide risk-based system to identify potential threats earlier, while ensuring a high level of safety and competitiveness of European industry.

The EU Member States and the Commission will also strengthen their cooperation on aviation security issues, including cyber security. In order for it to come into force, the preliminary agreement must be approved by the Council of Ministers (EU governments) and the European Parliament in plenary.