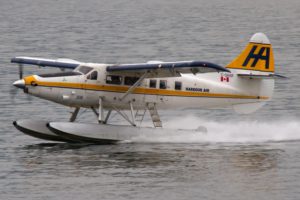 Five people are reported dead and one is still missing in a mid-air collision over Coon Cove near the George Inlet area in Alaska. Two float planes with 16 combined people onboard crashed during a flight with tourists. All of the passengers in both planes came off the Royal Princess, on a 7-day glacier cruise that was scheduled to arrive in Anchorage on Saturday. Princess Cruises confirmed that both planes – de Havilland Canada DHC-3T Vazar Turbine Otter and a de Havilland Canada DHC-2 Beaver – carried passengers from two cruise ships.

The de Havilland Canada DHC-3T Vazar Turbine Otter was returning from a Misty Fjords tour. A second plane was carrying four people from the ship on an independent tour.

The US Coast Guard organized search and rescue operation for all 16 people.

The total fate of the occupants: five killed, ten rescued (one in critical condition, three in serious and six in fair condition) and one is missing.

The FAA reported that the five occupants on board the DHC-2 Beaver and one occupant from the DHC-3T Vazar Turbine Otter were unaccounted for. Weather conditions in the area the 13 was included high overcast skies with 9 mph southeast winds.

The circumstances around the crash are unclear. The investigation for the root cause is underway.