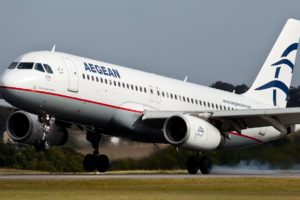 The flights between Moscow and Athens will increase, as a result of agreement between the aviation authorities of Russia and Greece. It was agreed on the route Moscow-Athens and back to have 35 flights per week for designated carriers of Russia and Greece on an interim basis until the next round of consultations.

The new agreement will improve the traffic and accessibility of the Russian tourists on the Aegean and Mediterranean sea resorts, as the interest among them is pretty high.