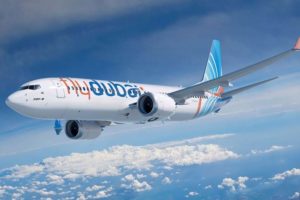 The airline Flydubai intends to concentrate all its flights Dubai-Moscow at the airport “Vnukovo” since February 1. The final flight to Sheremetyevo will take place on January 31.

The flight schedule will remain unchanged, with departures from Dubai at 03:20 and 09:10 local time, while the flights from Moscow at 09:00 and 14:40 local time. In the winter, in most cases, only one flight per day is scheduled, on certain days there are no flights at all. Flydubai uses aircraft Boeing 737 MAX 8 for the flights on route Dubai-Moscow.

Flydubai initially opened daily flights to Vnukovo in 2014. Since the end of 2017, the carrier has also added flights to Sheremetyevo. Now the company will focus on Vnukovo only.

Flydubai is low-cost airline with its head office and flight operations in Terminal 2 of Dubai International Airport. The airline operates a total of 95 destinations, serving the Middle East, Africa, Asia and Europe from Dubai.

A similar change will be done also by the Greek airline Ellinair. Ellinair will start flights to Vnukovo from February 3. It flies to Moscow from Thessaloniki, and outside the winter period also from Athens and some Greek islands.