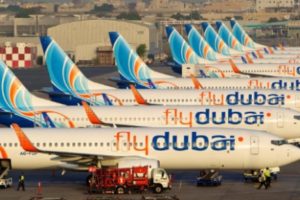 Having placed orders for the delivery of up to 295 aircraft, flydubai became one of the world’s top ten airlines with the largest number of aircraft scheduled for delivery. This shows the scale of the airline’s ambitions for the future.

“The results announced today demonstrate the key role that continues to play flydubai in the development of trade and tourism in the UAE. In 2017, the airline also placed its third and largest order for airplanes, which illustrates the contribution of flydubai to the development of Dubai as an aviation center and the scale of ambitions of the airline’s plans for the future”, said the Chairman of the Board of Directors of the airline, Shiekh Ahmed bin Saeed Al Maktoum. “Already in the early stages, a partnership with Emirates received a positive response from passengers who tried the advantages of traveling around the world with one ticket. With the development of the opportunities provided by this partnership, we expect the formation in the future of an additional passenger flow”, added he.

“Oil prices continue to shape the state of the market, this creates a good balance between tariffs, profitability and growth in passenger traffic. Despite the socio-economic climate on the routes of our network, we are seeing a record number of passengers traveling with us and a steady increase in our revenues”, said Chief Executive Officer of flydubai, Ghaith Al Ghaith.

Flydubai is a government-owned low-cost airline with its head office and flight operations in Terminal 2 of Dubai International Airport. The airline operates between a total of 95 destinations, serving the Middle East, Africa, Asia and Europe from Dubai.