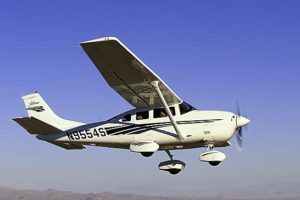 Four dead after aircraft Cessna 206 Super Skywagon crashed near Baborigame in municipality of Guadalupe and Calvo, Mexico. The aircraft was making a flight towards the town of El Tamborillo, but fell at unknown circumstances at the area of the city. Before arriving at the track the plane suffered a mechanical malfunction in the engine and it went off, and fell in a sierrita near the track.

The accident was reported by nearby witnesses and at the scene were sent firefighters and rescuers. Three occupants died in the crash, while the pilot initially survived but later died of his injuries in the hospital.

The investigation for the root cause is under way. The circumstances are unclear, as witnesses saw the plane losing height and falling directly to the ground.

The Cessna 205, 206, and 207, known primarily as the Stationair are a family of single-engined, general aviation aircraft with fixed landing gear, used in commercial air service and also for personal use. The family was originally developed from the popular retractable-gear Cessna 210 and is produced by Cessna.