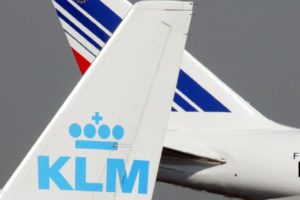 The airlines Delta, China Eastern Airlines, Air France-KLM and Virgin Atlantic have decided to form a global alliance. China Eastern and Delta acquire 10% of Air France-KLM shares (they will pay 375 million EUR), which in turn buys a 31% stake for 287.5 million USD in the British Virgin, the largest shareholder of which is Delta. Thus, the total amount of transactions will exceed 1 billion USD. As a result of the agreement, Air France-KLM will become the second-largest shareholder of Virgin after Delta, which owns 49%. Another 20% of the airline will still belong to the conglomerate of Virgin Group businessman Richard Branson. At the same time, the share of the French government in Air France-KLM itself will decrease from 18% to 14%. Delta also owns 3.2% of China Eastern.

All four airlines are already members of the SkyTeam alliance. The new partnership should help them coordinate their flights and loyalty programs more efficiently, but also promote the sharing of airport infrastructure. According to Delta, the joint venture with Air France-KLM and Virgin will create the “most extensive network of transatlantic flights in the world” and make about 300 non-stop transatlantic flights per day. Such partnership is especially important in conditions when traditional companies on long-haul routes face an increasingly active competition of loukosterov, for example, Norwegian and WestJet.

So far, none of the three largest Chinese state-owned air carriers – China Southern Airlines, Air China and China Eastern – has owned a large stake in any Western airline. Recently, Chinese airlines are introducing more and more foreign flights, which is primarily due to the development of outbound tourism, as well as the growing international activity of Chinese businessmen.