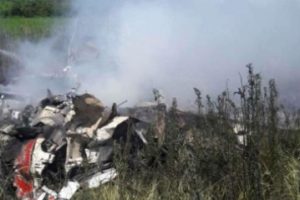 Four people died after aircraft Cessna U206 crashed during landing near San Borja in Bolivia. The airplane took-off from Los Reyes airport en route to San Borja, but upon landing was caught by strong gust and crashed into a tree. Following the accident the aircraft Cessna U206 exploded, killing all the people on board. The exact circumstances around the accident are unclear and the local authorities initiated investigation for the root cause.

“The four dead were identified as Nelson Calle Majluf, Jose Martín Calle Tellez, pilot Johnny Yanez, and veterinarian Luis Romero. In the first instance the bodies were taken to the city of San Borja. Later they were given to their relatives”, said the police officers to the local media.

The investigation is under way. At the scene were sent local prosecutors, as well as police and fire officers.

Cessna 206 is six-seat model, which was introduced in 1964 model and was built until 1986, when Cessna halted production of its single-engine product line. It was then re-introduced in 1998 and remains in production in 2015. Cessna U206 is powered by a 285 hp (213 kW) Continental IO-520-A engine. The “U” designation indicated “utility” and this model was equipped with a pilot side door and large clamshell rear door serving the back two rows of seats, allowing easy loading of oversized cargo.