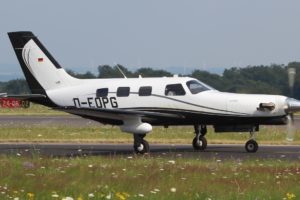 Fragments from the aircraft of the Premier League footballer Emiliano Sala were found in France. The light aircraft Piper Malibu with two people went missing over the Channel Islands.

According to the local authorities, fragments of a single pillow were found on Monday on the beach of Saint-Malo Bay near the village of Surtenville on the Cotentin Peninsula. Later, a second pillow was found in the same area

“As a result of a preliminary study, we came to the conclusion that these pillows were probably on the missing plane”, says the statement of the accident investigators.

The plane with Emiliano Sala and pilot Dave Ibbotson aboard flew from the airport of the French city Nantes to Cardiff on January 21 but then disappeared in the Channel Islands region. A day later, objects of unknown origin were found floating on the water. However, further searches did not confirm that they are from the missing aircraft, and on January 24, the Channel Islands authorities announced the completion of the search operation.

According to British media, 28-year-old Argentinian Emiliano Sala, who previously played for the French club Nantes, was transferred to Cardiff for 15 million GBP (19.4 million USD) during the winter transfer window.

More about the accident:
Premier League footballer missing after his aircraft disappeared over the Channel Islands [22/01]