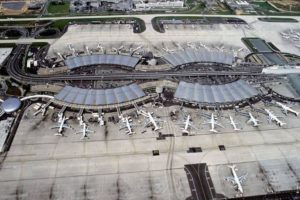 The French Ministry of Economy is developing scenarios for the privatization of the largest international airports in the country – the Paris Roissy CDG and Orly. The scenarios under consideration are essentially two – as a complete sale of the state package in the managing airport company ADP, or partial sale. With a full sale of the 50.6% stake in airports, the French state relies on receiving 7 billion EUR. One of the potential candidates for acquiring these assets is the Vinci Building Corporation, which currently owns 8% of ADP.

Under the second scenario, the state may reduce its presence in the operator of airports to 30%.

The state, in a tight budgetary context, needs money to reduce the public deficit, so the privatization of this type of assets is a relatively quick and simple way to meet part of this objective.

The very process of privatization should take place in 2018. Formally, any plans for the future state ownership of airports will not be announced before September. Legal and financial work which will lead the administration to acquire advisory banks and lawyers. To select them, a call for tenders should be launched in the coming weeks.

For the six months of 2017, the two airports – Roissy CDG and Orly – have served 48.5 million passengers, representing an increase of 5% yoy. Overall, ADP Group revenues increased 2.4% to 1.5 billion EUR.

Transferring its shares to French airports is not a first for the state. Three regional airports have been privatized in the past two years.