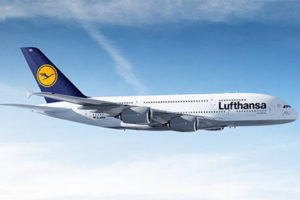 The former champion of boxing, Tarik Sahibbedine, prevented a serious incident during a scheduled flight Munich-Paris of the German airline Lufthansa.

Tarik Sahibbedine, who was flying to Paris, together with his wife, had witnessed a dispute between a drunk passenger and a flight attendant, who refused to give him alcohol. The man began to behave aggressively and threatened the crew assistant commander, who tried to calm the traveler.

The drunk passenger has attempted to enter the cockpit and threatened to open one of the emergency exits if not allowed inside. The other passengers were terrified because they thought they were witnessing a terrorist hijacking action.

The moment the man tried to get into the cockpit, the French boxing champion knocked him down with a stroke on the path. The scandal was then tied and did not created additional problems.

Although the situation has been successfully resolved, the crew commander has returned the plane to Munich, where the drunk passenger was handed over to the police.

The crew of the flight thanked Tarik Sahibbedine for his courage and allowed him to make a photo in the cockpit of the airplane.