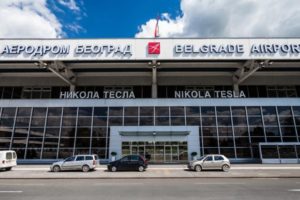 The French company Vinci Airports wins concession for the Belgrade airport Nikola Tesla, announced the Serbian Prime Minister Ana Brnabic. She said the price was 1.5 billion EUR in cash and investment. The concession period is for 25 years.

Ana Brnabic said the whole process was transparent, that a huge professional step was made, which is also proved by the fact that the best companies in the world participated in the race.

The French company already operates eight airports around the world.

The Serbian President Aleksandar Vucic also assessed the concession contract as a huge success and specified that the total benefit would be 1.468 billion EUR. The government will receive 417 million EUR in revenue for the budget, and 84 million EUR will be paid to small shareholders.

According to the media, the company has offered 501 million EUR for the 25-year airport concession with a promise of 732 million EUR in investment. The annual fee will amount to 5-16 million EUR.

According to the contract, Vinci Airports promises not to cut employees and undertakes not to increase airport charges.