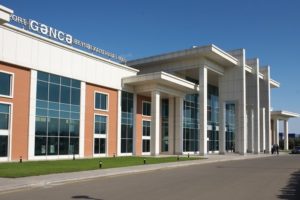 Azerbaijan’s Ganja International Airport changes its code from KVD to GNJ. The operator of the second largest airport in the country, JSC Azerbaijan Airlines, is already working on changing the old code for a new GNJ, as the management of the airport sent an appeal in this connection to the relevant international organizations.

The issue of code replacement is regulated by international conventions and implemented by IATA (International Air Transport Association).

Considering the fact that in the electronic system and documentation of IATA and the airline the international Ganja International Airport is indicated under the code “KVD”, due to its replacement the code must be withdrawn from use. The current designation of the international airport Ganja “KVD” is associated with the name of the city when the USSR was Kirovabad.

Ganja International Airport is an airport serving Ganja (also known as Gyandzha), the second-largest city in Azerbaijan. It is also used by the Azerbaijani Air and Air Defence Force and was previously used by the Soviet Air Force. The airport resides at an elevation of 1,083 feet (330 m) above sea level. It has one runway designated 12/30 with an asphalt/concrete surface measuring 3,300×44 metres (10,827 ft × 144 ft). The annual turnover is about 350,00 passengers.