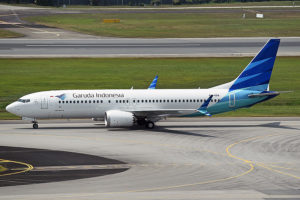 “We sent a letter to Boeing asking to cancel the order. Garuda passengers lost their confidence and do not want to fly on [Boeing 737] MAX”, says the official statement of the air carrier.

Garuda Indonesia had already received one Boeing 737 MAX 8, which was part of the order of 50 aircraft worth 4.9 billion USD. The company also asked Boeing whether or not to return the airplane already received.

Currently, the carrier has paid 26 million USD to Boeing. Garuda’s chief executive said he would replace these planes with a newer model.

“We do not want to replace Boeing, but maybe we will change these (planes) with another model”, said the airline director.

This is the first confirmed case of termination of the contract with Boeing after the disaster of the airliner in Ethiopia.