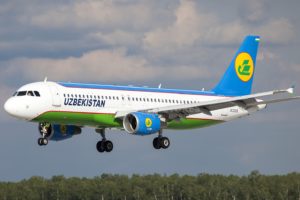 The US company General Electric Aviation will deliver four GEnx-1B aircraft engines to the state-owned Uzbekistan Airways for new Boeing 787 Dreamliner aircraft. Earlier, the parties signed an memorandum, within which the Uzbek company will acquire from the American manufacturer another spare engine GEnx-1B. All engines will be delivered in 2018.

“Cooperation with GE Aviation has become one more important step for the national air carrier of Uzbekistan on the way to expansion of international business ties”, said the Deputy Director for Exploitation of Aviation Equipment of Uzbekistan Airways, Andrei Margachev.

According to him, the Uzbek airline was the first in Central Asia to operate a Boeing 787 Dreamliner with high-performance GEnx-1B engines.

“Continuing cooperation, we hope that the environmentally friendly and fuel-efficient GE Aviation engines will allow the airline to get the maximum benefits from their operation”, added Margachev.

On September 20, the US hosted an Uzbek-American business forum, following which the parties signed a package of documents for a total of 2.6 billion USD, including with the company General Electric.