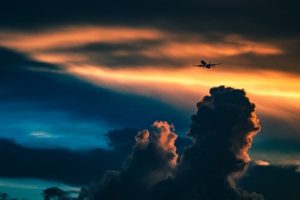 Global air traffic will not meet its self-imposed environmental goals, according to a study released by the Atmosfair organization, which work is linked to “green” trips. The group headquartered in Germany plans to present its conclusions at the UN Climate Conference in Bonn, which is currently taking place.

The organization has come to the conclusion that the three airlines that are most climate-friendly in the world are in Europe and China.

The Atmosfair prepares Airline Index compares and ranks the carbon efficiency of the 200 largest airlines of the world. The formula contain for every flight the aircraft type, engines, winglets, seating and freight capacity as well as load factors for both passengers and co-loaded freight. Using detailed sources from authorities and official statistics, specialised data service providers and computer models used by aircraft engineers, the CO2 emissions of an airline can be calculated at an error margin of less than two percent.

Two German companies – Tuifly and Condor – are in the top 10, with the overall rating having the lowest carbon dioxide emissions per person per kilometer, according to Atmosfair.