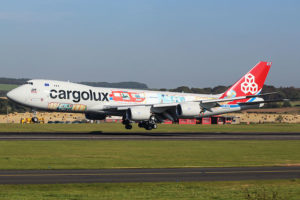 Over the next two decades, the global aviation market will need more than 2,650 new and converted cargo aircraft to meet global demand, according to the estimate of the US aircraft manufacturer Boeing.

According to the company’s forecasts, over the next 20 years, the volume of air cargo in the world will increase by 4.2% annually. The main factors contributing to this growth will be the growing market in China and the popularity of online trading.

According to the International Air Transport Association (IATA), the growth in the volume of air cargo in the world by the end of 2017 accelerated to 9% compared with 2016, which was the highest figure since 2010.