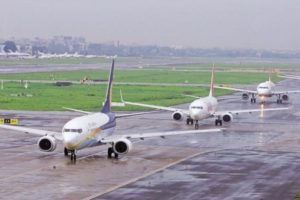 The growth rate of world passenger air traffic in September slowed down to 5.5% yoy from 6.4% in August, according to a press release from the International Air Transport Association (IATA).

“While the growth rate of traffic in September was within the long-term average, it shows a slowdown compared with the previous months. This is probably due to the expected decline in demand growth, due to rising airline costs, especially because of fuel prices”, said the Director General and CEO of IATA, Alexandre de Juniac.