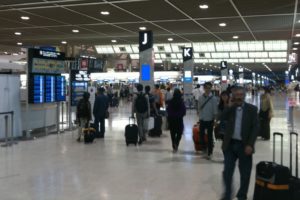 Google Airline service has learned to predict a possible flight delay. Using information about all previous flights of a certain aircraft on a given route, the site will be able to notify the user when the flight is delayed with a probability of 80%.

Airlines often delay flights for reasons of weather conditions or incompatible with the flight breakdown. The passengers, however, do not always know about it in advance: despite the fact that it is possible to subscribe for updates on possible flight delays, most often this information becomes available when the passenger is already at the airport.

The new prediction algorithm in Google Flight Tickets will use all available data on the flight, considering when and for what reasons it was previously detained. Based on this, the service will calculate the approximate time of the possible delay and, if its probability is 80%, notify the user about it. The company, nevertheless, insists that such information is only a possible prediction, and that the passengers should still be on time at the airport.

In addition to predicting the possible delay, the service will also report all the parameters of the ticket chosen by the passengers: whether the price includes extra baggage and whether there is a choice of seats in the cabin. This function, however, is so far available only for flights of American airlines: American, Delta and United Airlines.

Developers produce a variety of applications for those who often fly: for example, SkyGuru, which talks about the operation of the aircraft during the flight, was created in order to help aerobics cope with the fear of flight.