Greece will monitor its maritime border starting on Tuesday with a zeppelin that will fly over the island of Samos to detect migrants trying to reach community territory from Turkey, in a pilot project aimed at strengthening the protection of the external borders of the Union European (EU).

The project, in cooperation with the European Border Agency (Frontex), will last 28 days, during which the ship will fly continuously 24 hours a day.

The Minister of Migration, Yorgos Kumutsakos, said in a statement to the Greek private television ANT1 that the zeppelin will observe a large area, which will allow to discover the ships that try to reach Greece when they leave Turkey, after which they will be informed to the Turkish authorities, who will approach the vessel in question.

The minister stressed that “there are no hot returns.” “Everything will be done in accordance with international law.”

However, some NGOs have accused Greek and Turkish coastguards of blocking the passage to some vessels that would have already reached European waters, stopping migrants and returning them to Turkey. 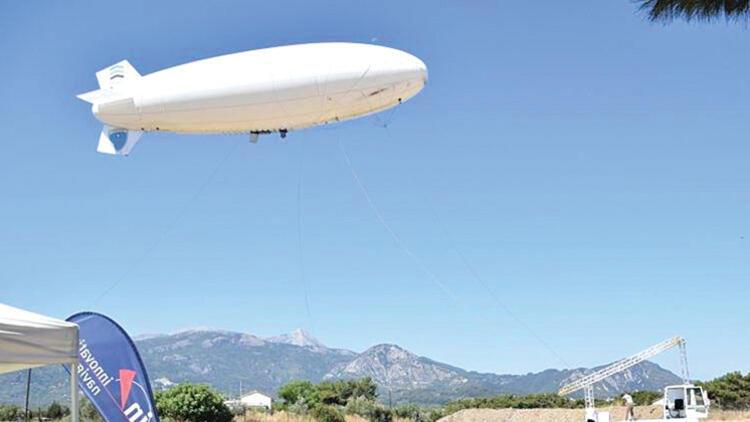 One of the latest complaints was that of Aegean Boat Report, which a week ago published a video in which the Coast Guard of both countries allegedly collaborate to return a group of migrants to Turkey.

It is the first time that a member of the EU uses a zeppelin for this purpose, although it is not new in Greece since during the 2004 Olympic Games one was already used to monitor Athens.

The ship, 35 meters long, has a radar, an infrared camera and an Automatic Identification System – a mechanism by which the position of the vessels is reported to avoid collisions – and a kilometer can be moved away from its base.

A zeppelin is an aircraft that flies by the effect of gas deposits of lower density than the atmosphere, which keep it suspended in the air. It was used mainly between 1900 and 1930, after which it lost popularity due to multiple accidents and the development of airplanes.

The new Greek Government, headed by the conservative Kyriakos Mitsotakis, announced since its coming to power in early July important changes in migration policies, including the acceleration of asylum exams and returns to Turkey, in a strict application of the joint statement between Ankara and Brussels.

Mitsotakis hopes to decongest the five islands of the Aegean – Lesbos, Samos, Chios, Leros and Kos – where currently over 16,000 asylum seekers live, although the capacity of the camps where they reside is only 6,000 people.