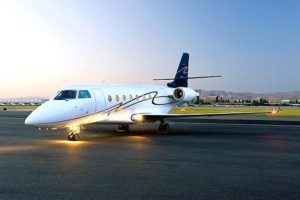 The twin-engine business jet Gulfstream G200 Galaxy slid off the runway during landing at Moscow’s Sheremetyevo International Airport in Russia. The aircraft slid sideways off the left side of the runway and became stuck in the snow. None of the 5 occupants on board, including 3 passengers and 2 pilots, were injured. The accident happened in icy weather, which possibly caused the sliding off the runway. All the people disembarked and bussed to the terminal. The emergency teams responded to the accident.

According to the available information, the aircraft ran off the RWY to the ground surface and was significantly damaged.

The runway was closed until towing back the aircraft and removing it from the runway.

The Interstate Aviation Committee has formed the Investigation team in accordance with the Russian Aviation Legislation. The investigation for the root cause is underway.