The scientist wanted to show the movement not only of the blue planet, but also of the Solar System and the Milky Way, in context, to understand the speed at which we travel through space.

A scientist who used to work for NASA (National Aeronautics and Space Administration of the United States, for its acronym in English), designed an animation to show in perspective the movement of the planet Earth around itself and around the sun.

And, although we cannot “feel it”, our planet is constantly moving and at very high speeds.

At the moment, it doesn’t matter if you are walking down the street or sitting in the comfort of your home, all the inhabitants of this world are crossing the space at about 2.1 million kilometers per hour.

The amount is even impossible to compare. On Earth, the maximum speed that a Boening 747 aircraft reaches at a cruising height is about 930 kilometers per hour.

Our planet travels at least 2,300 times faster. And yet, we cannot perceive it.

The Earth rotates on its own axis as it advances in the silent space.

The Earth, along with the other planets of the Solar System, revolve around the Sun.

In turn, the system orbits the center of the galaxy, the Milky Way, which in turn is also moving through the cosmic wind of radiation released after the Big Bang, when the universe began to expand.

That is why the planetary scientist James O’Donoghue, former NASA and now a worker at the Japan Space Exploration Agency, better known as JAXA, decided to create a “simple” animation to put everything in perspective .

“People often talk about how we stand on a sphere (the Earth) that rotates at a great speed and that this ball revolves around a larger one at a faster speed,” O’Donoghue told Business Insider.

“This extends to the speed at which we orbit the center of the Milky Way,” he added.

“Among the total confusion of large numbers and addresses, the only thing I simply wanted was to put all this information in context in a single frame, so that people can understand where we are traveling, and at what speed,” he added.

That is why, on the left side of its animation, the numbers shown there indicate the speeds at which the Earth performs its own rotation, as well as its orbit around the sun, the orbit of the Solar System around the center of our galaxy and of the same Milky Way.

The white dots shown on the right side indicate how fast these objects, both the Earth and the Solar System and the Milky Way, travel 150 kilometers.

That is why, even at the speed of the Earth, the movement of the galaxy to which we belong is far superior.

The rotation of the Earth is relatively slow compared to the Milky Way, which crosses space at 600 kilometers per second. 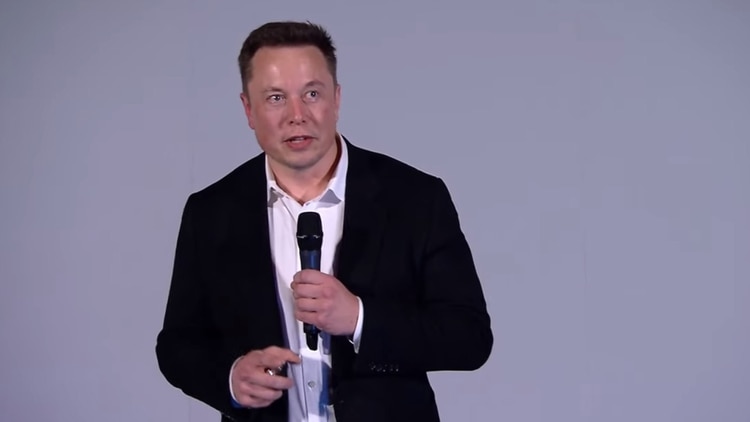 However, O’Donoghue remembers, reformulating Albert Einstein and because everything is moving all the time, that speed is relative.

And the entire galaxy, in turn, travels at about 2.1 million kilometers per hour. However, we still do not notice it even when we know what is happening.

Elon Musk, the famous businessman who owns Tesla Motors and SpaceX, responded to O’Donoghue’s post on Twitter saying that “it makes clear that one could only perceive acceleration, not speed.”

That means we can feel the changes in speed.

When we travel by car, train, or plane, at speeds from 10 kilometers per hour to 900, the sensation of movement is not perceived until that speed changes, when there is a red light or wind resistance in the case of aircraft.