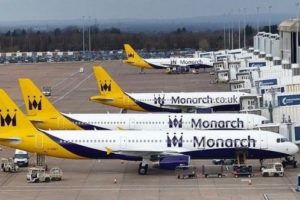 Monarch Airlines which allocates 39 airports’ slots accepted that Monarch would have received some of them if it had not gone into administration. Wizz Air and EasyJet are among airlines who are interested in acquiring them. The slots cover Manchester, Gatwick, Birmingham, Luton and Leeds-Bradford airports.

Following the High Court decision, KPMG will now have to find other ways of raising capital to make up for the millions of pounds of British taxpayer money sunk into the repatriation project launched after Monarch went bust in October.

“We are disappointed with today’s ruling and will be seeking leave to appeal as a matter of urgency”, said KPMG, which is insolvency consultant for Monarch Airlines.

The fifth-largest airline of Great Britain, Monarch Airlines, stopped on October 2 flights due to financial difficulties. As a result, over a hundred thousand people remained abroad, about 300 thousand bookings were canceled.