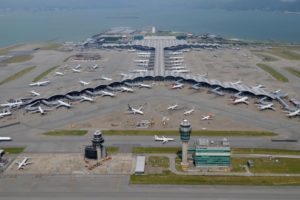 Hong Kong Airport in September will introduce a paid fast-track screening service. It will open a quick search channel for premium passengers, people with disabilities, pregnant women, elderly people and passengers with children. The airlines Cathay Pacific, Cathay Dragon and Hong Kong Airlines will participate in testing of the service. The three airlines said they welcomed “any initiative” that boosted the experience of passengers.

The airport will charge airport airlines by 2.72 USD for each premium passenger who uses the service. Currently, the security levy for the airport in Hong Kong is 6.11 USD, with 99% of them held in queues for less than 4.5 minutes. The costs for passengers who are senior citizens, have disabilities or are pregnant will be covered by the fee paid by airlines for premium passengers using the fast-track service

A number of major international airlines told they were not interested in signing up for the new service, noting that it did not include speedy immigration checks. One prominent carrier felt it was being pressured to sign up, while another criticised the lack of details about the facility and the benefits for airlines.

Hong Kong International Airport is the main airport in Hong Kong. It is located on the island of Chek Lap Kok, which largely comprises land reclaimed for the construction of the airport itself. The airport is also colloquially known as Chek Lap Kok Airport, to distinguish it from its predecessor, the closed Kai Tak Airport.