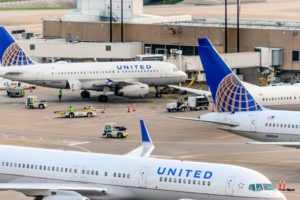 Houston’s two main airports reopened on Wednesday with limited service, which was stopped because of the tropical storm Harvey. The international airports George W. Bush and William Hobby partially opened after 16:00 local time. Previously, water was completely pumped from the runways.

As noted, passenger transportation has been resumed in a very limited amount. United Airlines said it intends to send three flights to the George W. Bush airport on Wednesday, as the company usually sends about 480 flights out of this air port and the same back.

“Yesterday, we flew the last of the remaining customers who were at Houston out of the airport and into our other hubs”, said the United Airlines spokesman, Charlie Hobart. “So right now, it’s about preparing for the eventual resumption of service”, added he.

Operators of airports in Houston recommend the passengers to check the status of the flight. They remind that many roads around the city are still unsafe for traffic.

At William Hobby airport, for example, the top carrier won’t fly before Saturday. Southwest Airlines, which accounts for the vast majority of flights at the airport, said its flights won’t resume until noon local time on Saturday.