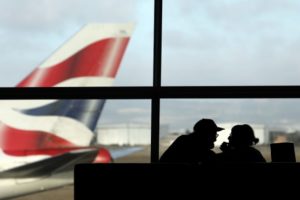 The airline group IAG expressed confidence for the upcoming year and promised to raise dividends to the shareholders, but the fall in fourth-quarter profit plunged its shares. The group expects to increase its seats this year to take advantage of the strong demand for travel while keeping costs under control.

However, the final three months of the year have been worse than expected, and plans to expand capacity by 6.7% are taking place amid fears that the airlines are growing too fast and will have cost difficulties as rising oil increases fuel bills.

IAG shares fell by 4.5% to 5.95 GBP in the morning, due to worse than expected performance in the fourth quarter.

The operating profit for the past three months fell by 6%, which was due to employees’ bonus reserves. The unit cost excluding fuels increased by 0.5%.

IAG, which owns British Airways, Iberia, Vueling and Aer Lingus, said it expects this year to increase revenue and revenue per passenger unit while at the same time lower costs.

“The important thing for us, which I think differentiates us from many of our competitors, is that we are expecting a growth of capacity of 6.7%, but with improving revenue per unit against the backdrop of this growth”, said the CEO of IAG, William Walsh.

However, some analysts are not convinced, considering that the IAG’s prospects for a positive revenue environment per unit in 2018 contradict our own analysis of the current prospects for the sector.