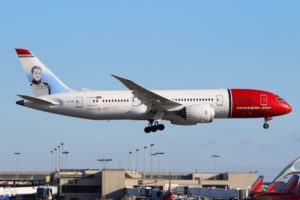 The aviation holding IAG, which owns carriers such as British Airways, Iberia, Vueling, and Aer Lingus, announced that it had withdrawn from the shareholders of Norwegian Air.

On this background, the Norwegian carrier’s stock slipped by more than 26% – a record drop in the company’s history.

IAG acquired a 4.61% stake in Norwegian Air last April, planning to acquire its low-cost airline, the Norwegian Air Shuttle, in the future. Later, the share of IAG was reduced to 3.93% due to the additional issue of shares. The holding made two proposals for the purchase of a low-cost airline, but both were rejected by the general director of the Norwegian carrier Bjorn Kjos, who considered them insufficient.

IAG said today that it no longer intends to attempt to acquire the Norwegian Air Shuttle, as well as get rid of all its shares in the Norwegian airline.