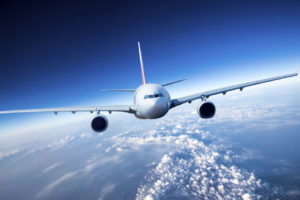 The International Air Transport Association (IATA) has raised the forecast of the aggregate profit of world airlines in 2017 to 31.4 billion USD, compared to the December forecast of 29.8 billion USD. According to IATA, the North American airlines will earn about 15.4 billion USD, while European and the Asia-Pacific air carriers will have revenues of 7.4 billion USD each. The carriers from Latin America and the Middle East will receive 800 million USD and 400 million USD, respectively. At the same time, airlines operating in Africa will show losses totaling 100 million USD.

The revenue of airlines this year will be 743 billion USD against the previous forecast of 736 billion USD and the actual result for 2016 of 705 billion USD.

The revision of forecasts is due to the fact that the demand for passenger and cargo air transportation observed in the first half of the year was stronger than expected. According to the updated IATA estimate, this year the world’s airlines will transport about 4.1 billion passengers and 58.2 million tons of cargo, whereas previously these figures were estimated at 4 billion people and 55.7 million tons respectively.

At the same time, the operating costs of air carriers will increase, which, according to IATA, will amount to 687 billion USD against 643 billion USD in 2016. One of the main drivers of growth will be fuel costs and hedging of fuel risks (estimated at 129 billion USD), as well as maintenance of the airplanes and increasing labor costs.

During the year, airlines will take in the park about 1,850 thousand new aircraft, about half of which will replace older and less economical planes. This will expand the world air fleet by 3.8%, to 28.645 million, counted in IATA.

Meanwhile, IATA revised the airline’s earnings estimates for 2016, dropping it from 35.6 billion USD to 34.8 billion USD. The association unites 265 airlines that perform more than 80% of all global flights.