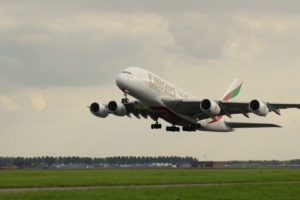 There is a slight increase in the number of commercial aviation accidents in 2018, according to the latest data from the International Air Transport Association (IATA). According to IATA, the rate of all accidents, measured in accidents per 1 million flights, was 1.35, which is equivalent to one accident for every 740,000 flights. This is better than the indicator of 1.79 over the previous 5-year period (2013-2017), but worse than the record figure for 2017 – 1.11.

The coefficient of major accidents (measured in the crashed aircraft that cannot be recovered, per 1 million flights) was 0.19, which corresponds to one major accident for every 5.4 million flights. On the one hand, it is better than the 2013-2017 figure (0.29), but not as good as in 2017, when the indicator was at the level of 0.12.

In total, according to IATA, last year there were 11 fatal accidents, 523 passengers and crew members were killed. In 2017, there were six fatal accidents and 19 casualties occurred in the industry, which was a record low. In addition, one accident in 2017 led to the death of 35 people on the ground.

“Last year, about 4.3 billion passengers safely flew on 46.1 million flights. 2018 was not an extraordinary year, as the previous one, however, the aviation is safe, and the data tells us that it is becoming safer”, said the head of IATA, Alexandre de Juniac.