When they published the first image of a black hole on April 10, scientists from the international Event Horizon Telescope project were already preparing the sequel: a first animated image that shows the movements of the gases absorbed forever in these celestial objects.

With observations made by telescopes in 2017 and 2018, researchers are now actively working to produce a video from the mountains of recorded data; They hope to publish a first film, perhaps somewhat choppy, in 2020.

And in any case, “by the end of the next decade, we will make high-quality, real-time black hole movies that will reveal not only their appearance, but also their behavior on the cosmic stage,” Shep Doeleman told AFP.

Director of the great astronomy project that brings together 347 scientists from around the world. Last week, Thursday they received the Breakthrough Award, endowed with 3 million dollars, which recognizes scientific advances.

The idea that has occupied him since his doctoral thesis is the following: astronomers could detect the light swallowed by black holes, but they did not have “the necessary precision to see the shape of that light.”
“To make an image, you had to join several telescopes” spread over the Earth.

“I have been working on this for 20 years, and my wife finally became convinced that I am doing something worthwhile,” said this 52-year-old researcher, father of two children and astronomer at the Harvard-Smithsonian Center for Astrophysics.

The idea that has occupied him since his doctoral thesis is the following: astronomers could detect the light swallowed by black holes, but they did not have “the necessary precision to see the shape of that light.” 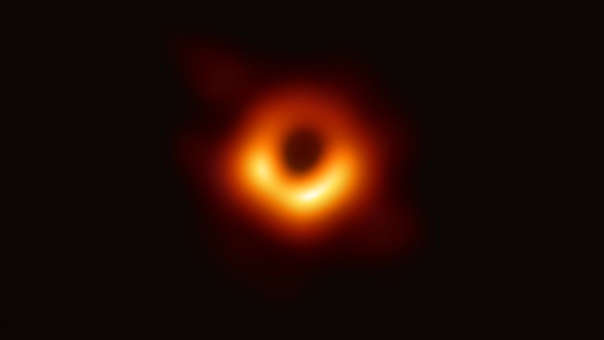 “To make an image, we had to join several telescopes” extended on Earth that together would reproduce the equivalent of a giant virtual telescope, capable of reaching an unprecedented resolution, to observe in detail a star that looks microscopic in the sky, he explained.

In the late 2000s, tenacity began to pay. The project managed to use three telescopes to test the concept, and published in 2008 the first measurements of a black hole.

But it was not until April 2017 that the project managed to gather eight radio telescopes in Chile, the United States, the South Pole.

The telescopes observe high frequencies, which means that they allow us to see “through all the gas and dust of our galaxy, and through the gases accumulated in the black hole, to the very border of the black hole. ”

In addition, during that week of April 2017, the telescopes observed not only the black hole in the center of the M87 galaxy, but also the one in the center of ours, Sagittarius A*. They also watched them in 2018, and plan to do it again next year. Our black hole is more turbulent and, therefore, more difficult to observe.

“It takes about a month for matter to circulate around M87, but the orbits around Sagittarius A* take only half an hour. On an observation night, Sagittarius A* can change in front of us,” he says.

According to him, the next generation of Event Horizon Telescope, in the 2020s, will produce increasingly accurate videos of black holes. The project “has created more value than any other scientific project in history,” said Doeleman.

“We may make a first raw film,” added the scientist. Ideally, more telescopes, on Earth or in the Earth’s orbit, would be needed to increase the resolution.

“But we’ll refine it over time. Maybe it’s like the first movie films.” The first image of M87 opened doors and Doeleman is optimistic.

“We will get support from funding agencies around the world, from foundations, perhaps even from private donors, to move on to the next stage.”

According to him, the next generation of Event Horizon Telescope, in the 2020s, will produce increasingly accurate videos of black holes.

The project “has created more value than any other scientific project in history,” said Doeleman. “We see ourselves as explorers. We are instruments on the edge of a black hole, and we return to tell what we found.”

Newer Post60% of the Earth’s Water Comes From Meteorites that Have Fallen on the Planet
Older PostThis was the Last Day of the Dinosaur Reign: Tsunamis, Acid Clouds, Fires and the Power of 10,000 Million Atomic Bombs