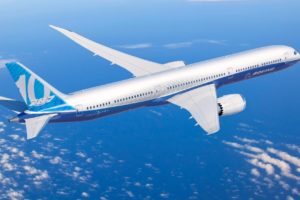 Indonesian budget air carrier Lion Air may become the first customer of Boeing 737 MAX 10. This model is expected to be presented at the Paris Air Show on June 19-25. Another potential customer of the Boeing 737 MAX 10 is the Iranian SpiceJet. According to sources, other airlines are also interested, but they are nervous because of the mixed sales dynamics of 737 MAX.

Boeing’s vice president of marketing Randy Tinseth told that some airlines want more seats in new planes. He indicated that the Boeing 737 MAX 10 would be 5% more efficient than the Airbus A321neo.

United Airlinesalso has been closely studying the aircraft as Boeing pitches for a marquee customer to launch the fifth variant of its 737 MAX family. Jet Airways, India’s biggest full service carrier by market share, is in talks to buy 75 single-aisle aircraft from either Airbus (AIR.PA) or Boeing, people familiar with the matter said earlier.

Lion Air is one of the largest customers of Boeing – in 2012 it ordered 201 Boeing 737 MAX with the option of additional ordering another 150. Such orders, as a rule, assume the right of the client to adjust the composition of the order with the inclusion of other variations of the ordered model.