The Syrian Human Rights Monitoring Center reported that unidentified planes attacked targets controlled by Iranian and pro-Iranian forces in the al-Bukhmal region of eastern Syria, on the border between Syria and Iraq.

Saudi Arabia has reported several deaths and injuries in the attack. The official Syrian media do not address the issue.

The explosions were directed to a base that belongs to the Popular Mobilization Force, said Saudi al-Arabiya network, citing sources in the area. The Syrian Human Rights Observatory attributed the attack to “unidentified fighter jets.”

Al Arabiya sources reported that three explosions were heard in the Syrian area of ​​al-Bukhmal, adjacent to the Iraqi district.

The report said the plane attacked vehicles and concentrations of Iranian forces and pro-Iranian militias in the al-Bukhmal area and other areas on the border between Syria and Iraq.

Al-Arabiya reported that the explosions occurred at the bases of three Iraqi Shiite militias, Al-Ababil, Heydarion and Iraqi Hezbollah.

Last week, Western intelligence sources informed Fox’s US network that Iran was building a large military base in Syria, near its border with Iraq.
According to the report, the Iranians plan to place thousands of fighters in the area and also precision missiles.

The facility was built by the Quds Force and approved by the leaders of Iran.

According to ImageSat, which documented the base, its establishment would be completed in the coming months. Analyzing the images you can see that there are five structures that can be used to store missiles. 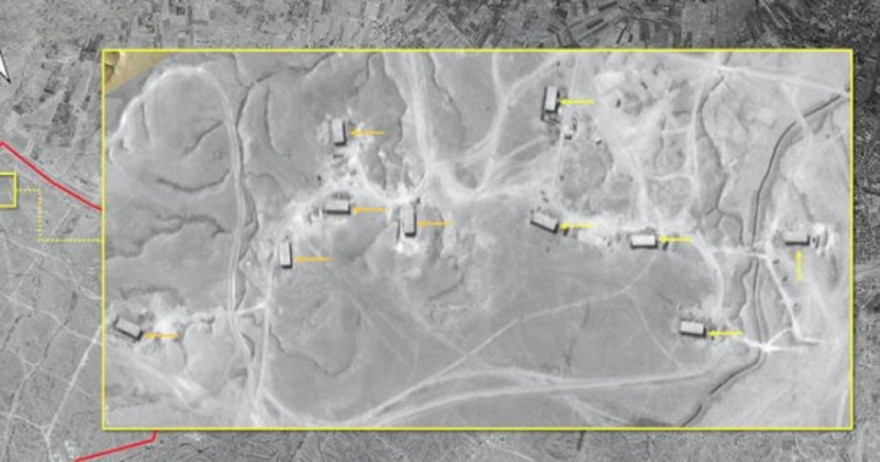 The buildings are protected by high-level ground batteries.

About two weeks ago, the Lebanese al-Middin media reported that an “unidentified” drone attacked two Hezbollah vehicles in the al-Qimas area on the Iraq-Syria border.

One of Ohel al-Haq’s militants claimed that nine of its members were killed in the attack attributed to Israel, including a field commander. The report came during a speech by Hezbollah leader Hassan Nasrallah.

Since mid-July, five weapons depots and training camps belonging to the Popular Mobilization Forces have been the target of apparent attacks.

The PMF has blamed both Israel and the United States for the recent series of drone explosions and sightings at their bases, but Baghdad has mainly refrained from making direct accusations.

These explosions occurred on the Syrian side of the border in the same regions where Fox News reported that Iran is building a new military facility that can house thousands of soldiers and advanced weapons storage facilities.

That same night, the IDF thwarted an attack from the surface of Syria to Israel, hours before it was scheduled to be carried out. The Israeli Air Force attacked the construction of the Iranian force in the village of Aqraba, in the Damascus area.

Unusual, the IDF assumed responsibility for the attack that planned to undermine targets in northern Israel through the attackers.

Here is some video footage below presented by Israelnoticias.