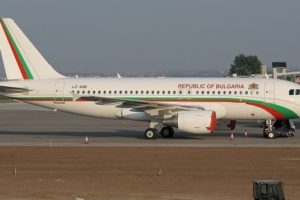 Iran refused access to its airspace of the Bulgarian government airplane Airbus A319 with Prime Minister Boyko Borissov on board. The aircraft was en route from Sofia (Bulgaria) to Riyadh (Saudi Arabia) even with permission to fly in its airspace. The government airplane was pushed to divert back to Turkey and then change the course through much more dangerous Iraq to reach its destination. Fortunately there was no accident during the flight.

According to the Bulgarian officials it was diplomatic scandal, at time when both countries are developing their cooperation.

“Airbus A319 with Prime Minister Boyko Borisov and his delegation arrived on an official visit to Saudi Arabia was not allowed to fly over Iran’s territory last night. That is why he had to pass over the territory of Iraq”, said the official statement of the Foreign Ministry.

The government aircraft had the necessary diplomatic permissions to fly over Iranian airspace, revealed the Deputy Prime Minister and Minister of Foreign Affairs Ekaterina Zaharieva, who was also on board of the aircraft.

The Airbus A319 is a member of the Airbus A320 family of short- to medium-range, narrow-body, commercial passenger twin-engine jet airliners manufactured by Airbus. The A319 carries up to 160 passengers and has a maximum range of 3,700 nmi.