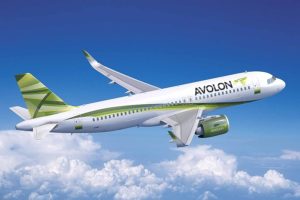 The Irish leasing company Avolon, based in Dublin, confirmed its firm contract to buy 75 Airbus A320neo aircraft and 25 A321neo aircraft.

“This agreement is Avolon’s largest order for Airbus aircraft. The total number of Airbus aircraft ordered by Avolon increased to 284 aircraft (240 narrow-body and 44 wide-body airliners)”, says the official statement of Airbus.

According to Airbus, considering the already accomplished deliveries of 22 narrow-body aircraft and 4 wide-body airliners, Avolon’s order book for Airbus aircraft remains at around 258, more than any other leasing company.

The Airbus A320neo family is a development of the A320 family of narrow-body airliners produced by Airbus. The industry-leading quality and efficiency of Airbus’ A320 Family are being further enhanced with its new engine option (NEO) jetliner versions. Incorporating Airbus’ “Sharklets” and two new engine choices, the A320neo Family offers a maximum benefit with minimal changes from baseline A319s, A320s, and A321s – delivering per seat fuel improvements of 20%, along with an additional range of up to 500 nautical miles/900 km or 2 tonnes of extra payload.