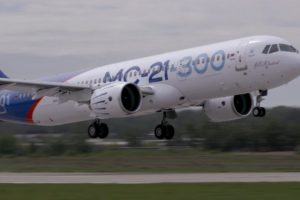 Russian aircraft manufacturer Irkut Corporation is actively working on the deployment of mass production of the passenger airliner MC-21. A phased approach to the planned level of 72 aircraft per year required the organization of in-line production at the aggregate and final assembly lines of the Irkutsk Aviation Plant, a branch of the corporation. At the same time, an intelligent system is being created at the enterprise that is capable of planning and controlling production processes in detail, analyzing random events, evaluating their impact on the assembly of airplanes and conducting adaptive re-planning in real time.

The system is developed using multi-agent technology. They provide synchronized operation of autonomous software agents, which are tens of thousands of consistently operating “digital twins” of production orders, final products, units and their components, human resources, technological equipment and tools. The intelligent system consists of two subsystems: integrated planning and modeling, as well as management of the production schedule of the aircraft assembly.

“Currently, the Irkutsk Aviation Plant is testing the integrated planning and modeling subsystem of the MC-21 production program. During the tests, the subsystem built an aircraft production program that provides for a 12-fold increase in production volumes. The subsystem takes into account the product composition, technological processes, labor-intensive operations equipment, composition of shifts and a number of other parameters. It allows to visualize the generated plan, to carry out a simulation of its implementation and in fully assess the impact of random events and deviations on the final deadlines”, says the statement of the aircraft manufacturer.

In parallel with the tests, specialists began to develop a subsystem for managing the production schedule of the aircraft assembly. It will build shift-daily tasks for the foremen and workers of the aggregate and final assembly and will monitor the execution of the enlarged production program in real time.

The intelligent system for adaptive production planning of the MC-21 is developed and tested by specialists from Irkut Corporation and Intelligent Solutions research and production company, which specializes in creating artificial intelligence systems for real-time resource management.

Newer PostRyanair has been criticized for failing to take adequate action against racism on flight
Older PostRyanair announced 7% profit decrease to 1.2 billion EUR