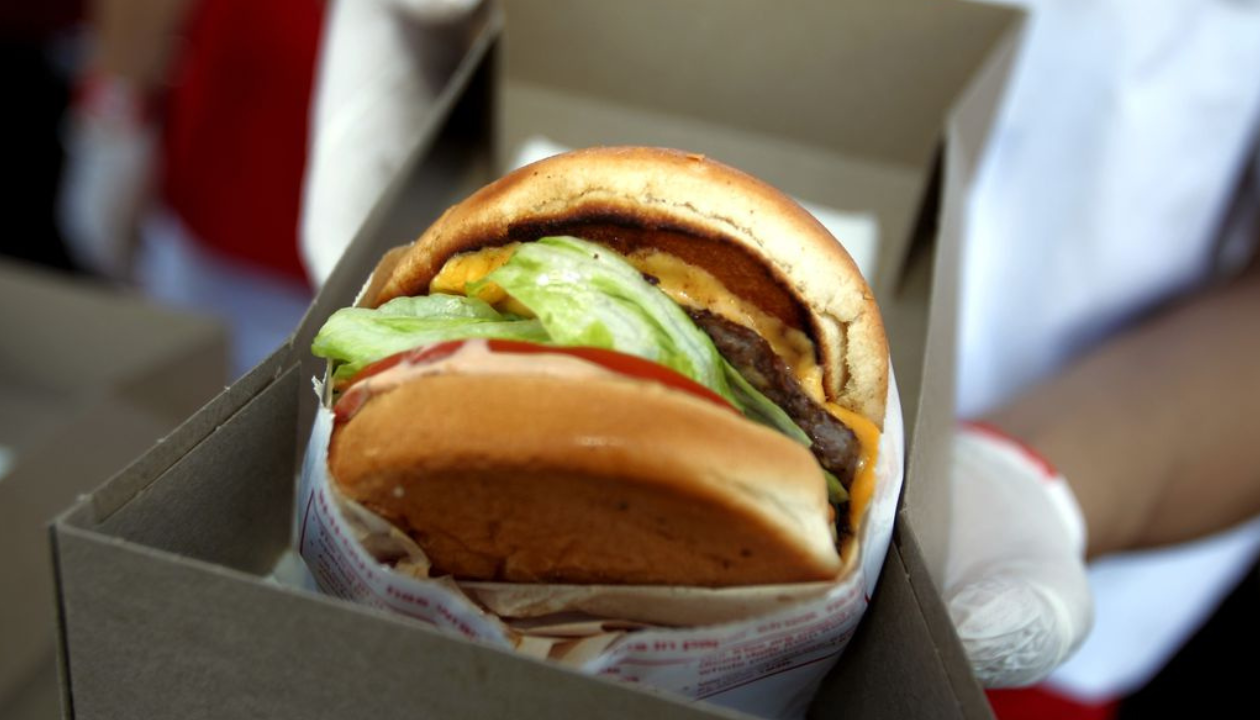 The hamburgers at In-N-Out Burger are what made the fast food company In-N-Out so famous in the United States. The corporation is well-known for its extreme geographic concentration in the states of California and the Southwestern United States.

Although many fast-food chains have suffered in the wake of the public’s growing concern for their health, In-N-Out Burger appears to be doing better than ever. Those who are familiar with the cult following of this fast food business or who have had one of its burgers for themselves may be wondering, “Does In-N-Out Burger franchise in the UK?”

Read on, and we’ll explain everything in detail.

In 1948, Los Angeles suburbians Harry and Esther Snyder launched the first In-N-Out Burger in what is now known as Baldwin Park. It would be the first drive-through burger shop in the Golden State. Carhops were commonly utilized to service guests and take orders at restaurants before the advent of drive-thrus.

A second In-N-Out Burger opened not far away a few years later on the other side of town. The Synder family had kept their firm on a small scale and local to southern California until the 1970s. In-N-Out had expanded to 18 locations by the time Harry Snyder passed away in 1976.

While many of its fast food rivals are busy diversifying their offerings with exotic new ingredients, In-N-Out has opted to keep things simple. Until that is, you discover the hidden menu, of course.

As part of its word-of-mouth marketing strategy, In-N-Out has a hidden menu that is still mostly unknown to the public. Although several blogs, websites, and underground magazines claim to have discovered the real secret menu, the veracity of these claims is highly questionable.

Animal Style is probably the best-known hidden food item, and it’s a big hit with fans. Fries and burgers prepared “Animal Style” are seasoned with mustard and cooked with grilled onions and melted cheese.

Harry’s 24-year-old son, Rich, took over as In-N-president Out’s after his father’s unexpected death. For the next two decades, Rich grew rapidly. In the early 1990s, In-N-Out had already had 93 locations.

Now, let’s get to the main question – Is there a In-N-Out in the UK? Or in London?

While you won’t find an In-N-Out Burger in London or the United Kingdom, you may still have a delicious burger in the city.

Also – a fun fact – In-N-Out does not even franchise in the US. It’s 100% their own stores that run the chain.

Neither the United Kingdom nor the United States provides franchise opportunities for In-N-Out Burger. The company’s founders have repeatedly stated over the course of several decades that they have no plans to go public or franchise. Given that the business has been run by the same family for the better part of seven decades, this is hardly unexpected.

All of In-N-Out Burger’s patties are prepared in-house and shipped to local outlets.

To add to that, there is the allure of being one of a select few. When something isn’t so widely available, it makes it more desired. It’s because of this conviction that the burger chain has gained what could be called a passionate fanbase.