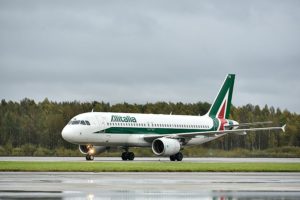 The Italian authorities are working on a rescue plan for Alitalia, according to which the government will own 15% of the airline’s shares, and the rest of Alitalia will be sold to investors, including local state-owned companies, such as the operator of the railways Ferrovie dello Stato. Into the rescue is expected to participate also foreign investors.

The Italian authorities are negotiating with foreign companies – in order for the rescue plan to work, they must buy from 30% to 40% of Alitalia. EasyJet, Lufthansa and Wizz Air have already expressed interest in acquiring a stake in the airline. The government also discussed the possibility of attractive investment in Alitalia by the Chinese Silk Road Fund, Air China and China Eastern Airlines.

Alitalia started bankruptcy procedure last year, while the airline has not been making a profit since 1999. According to some reports, 10 billion EUR were spent on its support from the Italian budget, and in 2013 it was bought by Etihad Airways, which also repeatedly poured funds into it. After the start of the bankruptcy procedure, the Italian authorities gave the company a bridge loan of 900 million USD to continue flights. In accordance with the plan, as soon as the airline repays the loan, the Italian authorities will reinvest some of these funds in order to acquire 14–15% of its shares.

Alitalia must repay the loan until mid-December, however, according to sources, the Italian authorities want to extend this period by half an year.