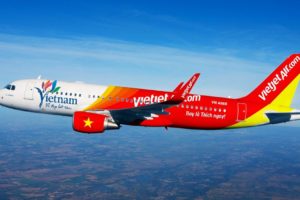 Japan Airlines and Vietnam low-cost carrier Vietjet contracts formal partnership agreement, which aims of improving customer convenience and the quality of operations and services while enhancing the corporate value of both companies..

“The pact will see the pair codeshare on Japan Airlines’s flights between Japan and Vietnam”, says the joint statement of the two carriers. The pair will also pair-program on each other’s domestic networks. “These are the significant add-ons expected to create more customer convenience. Japan Airlines and Vietjet will further explore opportunities to develop the partnership in various areas, including a frequent flier partnership, aircraft operations and maintenance as well as ground handling services and training”, adds also the statement.

The two airlines have held a series of discussions on expanding their networks in response to the travel needs of people in neighboring Asian countries next to Vietnam. In line with the rapid economic growth in Vietnam, demand for air travel between Japan and Vietnam has been growing strongly.

Japan Airlines was allied with Vietnam Airlines but ended the partnership last fall, after ANA Holdings acquired an 8.8% stake in the Vietnamese flag carrier.

Japan Airlines operates daily flights on the Tokyo Narita-Hanoi route. It also operates a daily service to Ho Chi Minh City from both Tokyo Haneda and Tokyo Narita. It operates Boeing 787-8 aircraft on all of its Vietnam services.