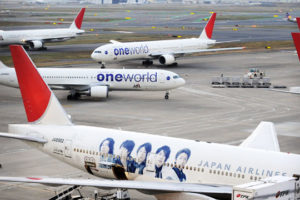 Japan Airlines has become the most reliable airline in the world according to the insurance provider Get Going. The experts analyzed the flight schedule of 50 air carriers and made a rating based on several factors: the percentage of delayed and canceled flights, the average departure time, the level of security. The feedback from passengers was also taken into account.

The top three most reliable airlines include KLM Cityhopper (Holland) and IndiGo (India). At the same time, the Dutch airline has only 9.6% of delayed departures, which is less than Japan Airlines with 10.5%, but more canceled (1.13% compared with 1%). On the fourth and fifth places on the list are Emirates (almost 85% of timely flights) and Qatar Airways (84%).

On the last place in the ranking was the American airline Frontier Airlines – last year it postponed 30.6% of departures, and the average waiting time was 65 minutes.