“In response to China’s maritime expansion, the government wants to strengthen its early warning and surveillance activities around the Senkaku Islands in Okinawa Prefecture,” he said in a news report.

Unmanned aircraft based on ships would monitor distant foreign ships and other objects that cannot be captured by on-board radar, which would expand the area over which a single FSMD vessel can cover in its surveillance.

He also added that helicopters will be unique because they have radiation sensors. Following the nuclear accident at the Fukushima No. 1 nuclear power plant in Tokyo Electric Power Company Holdings Inc., the government is considering equipping unmanned helicopters with radiation sensors for use in an emergency support mission. 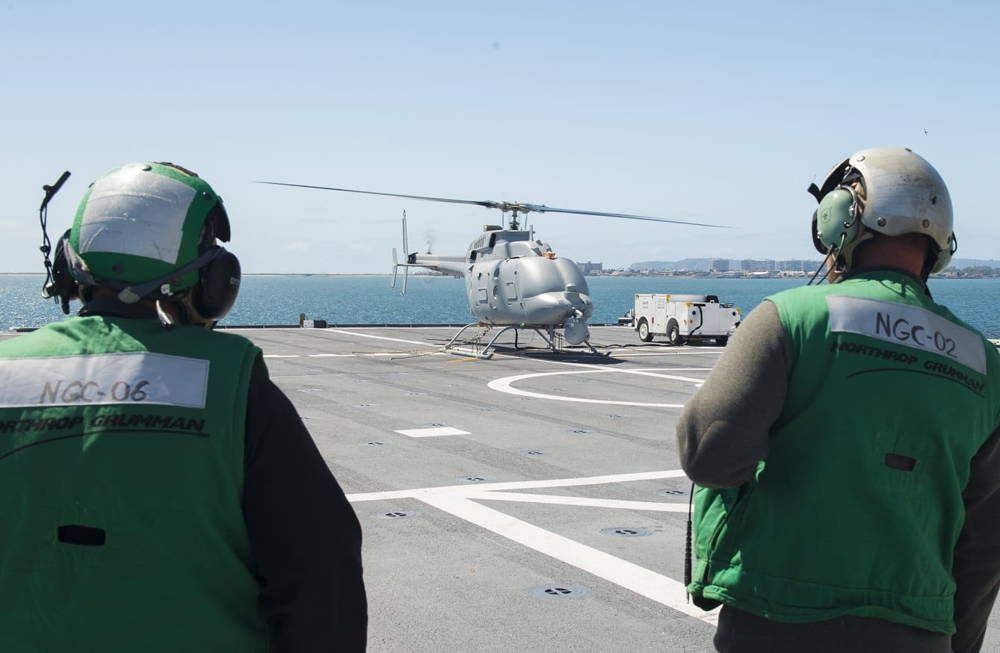 Sources familiar with the matter say the Japanese government is planning to buy MQ-8C Fire Scout unmanned helicopters developed by the Northrop Grumman.

In 2018, the Northrop Grumman representative also said that Japan could be the first export customer of the new MQ-8C Fire Scout unmanned helicopter.

The MQ-8C Fire Scout is the newest unmanned US Navy helicopter. and it has increased speed, a higher roof, more than twice the fuel resistance and an improved payload capacity compared to previous versions.

According to the Northrop Grumman, this system has completed more than 16,600 flight hours in more than 6,200 departures. The MQ-8C Fire Scout fuselage is based on the Bell 407 commercial, a mature helicopter with more than 1,600 fuselages produced and more than 4.4 million flight hours. Combined with the maturity of the Northrop Grumman autonomous systems architecture, Fire Scout meets customer requirements for autonomous ship-based and land-based systems.