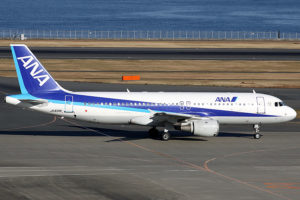 Japanese airline All Nippon Airways (ANA) starts regular daily flights to Moscow and Vladivostok. They can start as early as 2019 fiscal year (starts on April 1). The exact date to start the flights is not yet disclosed since ANA authorized representatives are not available on the occasion of a national holiday.

The flow of passengers between Russia and Japan is now growing most intensively. This is due, in particular, to mitigating the conditions for issuing entry visas for Russian citizens and the intensification of economic relations between the two countries.

All Nippon Airways Co is the largest airline in Japan on the basis of fleet size. Its headquarters are located at Shiodome City Center in the Shiodome area of Minato, Tokyo, Japan. It operates services to both domestic and international destinations.