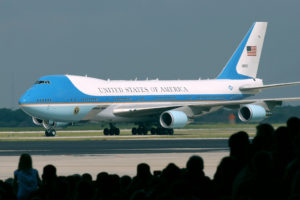 The Lower Chamber of the Kazakh parliament approved the law on ratification of the agreement between the governments of Kazakhstan and the United States on levying payment for air navigation services for state aircraft.

According to the report, the bill exempts both sides from air navigation charges from aircraft on which government delegations fly. In order for the aircraft to fall under the law, they will be issued special diplomatic permits for each flight.

“There is no significant economic damage for civil aviation organizations providing air navigation services”, said the First Vice-Minister for Investments and Development of Kazakhstan, Roman Sklyar. He also recalled that the agreement between Kazakhstan and the United States was signed in January 2018.

Earlier, the Moldovan businessman Anatol Stati received the right from the Columbia District Court to seize Kazakhstan’s property in the US for 520 million USD, as the Kazakh government allegedly forced the Stati family to sell shares in oil and gas enterprises.