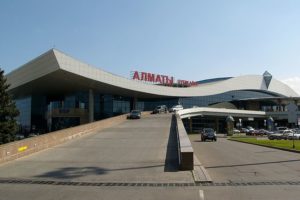 Kazakhstan and the United States are planning to sign an agreement on open skies, announced Kazakhstan’s Minister of Industry and Infrastructure Development Zhenis Kassymbek.

“This year, the ministry together with Air Astana will take steps to open air links with Japan, New York, Shanghai and other major cities in the world”, said Zhenis Kassymbek.

He noted that in 2019 it is planned to begin the accreditation procedure for flights to the US.

The signing of the “open sky” agreement will create a legal basis for opening direct flights between Kazakhstan and the US.

“The Ministry prepared for signing a draft intergovernmental agreement on air communication between Kazakhstan and the United States of the open sky type, which is planned to be signed in March of this year”, added Zhenis Kassymbek.

Twenty-one airlines operate in Kazakhstan, only four of which are really big enough to be called national carriers and compete in the Kazakh market of passenger air travel services. Air Astana, SCAT, Bek Air and Qazaq Air are the leaders in the Kazakh skies, annually transporting thousands of people and thousands of tons of goods.