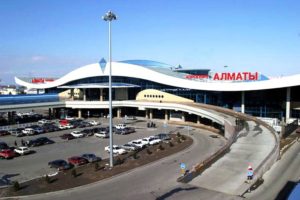 Kazakhstan took up solving the problems with border control at the airports after several protests from neighboring Kyrgyzstan.

The Deputy Foreign Minister of Kazakhstan Galymzhan Koishybayev and Director of the Border Service Darkhan Dilmanov held a special working meeting at the Almaty airport to find out the circumstances of the checks that Kyrgyz citizens complained about.

According to the head of the press service of the Ministry of Foreign Affairs of the Republic of Kazakhstan Aybek Smadiyarov, the Kazakh side does not conduct deliberate checks against citizens of any state of the world. All undergo the same procedures. Nevertheless, the Kazakh authorities are making efforts to improve the procedures for the passage of the border, taking measures to prevent possible unjustified actions on the part of the border service officers of Kazakhstan.

The Foreign Ministry promises that “a complex of measures of objective control and prompt response to violations will be implemented, including the creation of an interdepartmental commission”. In addition, the measures envisaged will minimize the time of crossing the state border to a minimum.

Let us remind you that on September 14, the Ministry of Foreign Affairs of Kyrgyzstan sent a note of protest to Kazakhstan because of the total, in the opinion of citizens of the Kyrgyz Republic, procedures for screening and checking documents at the Almaty airport.