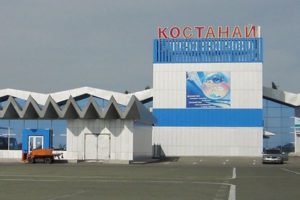 Kazakhstan’s Kostanay International Airport started major reconstruction. From the beginning of 2019, the airport will be closed for two or three months. The reconstruction plan includes repair of the runway and the air terminal. Currently, work has begun on the runway.

“After the completion of the reconstruction, our airport will increase the flight directions. As an example, negotiations are underway with Air Astana on flights Kostanay-Hannover not only in the Summer but also during the Winter. This is a very popular destination among residents of the region”, says the official statement of Kostanay International Airport

Negotiations are also underway with SCAT Airlines to open Shymkent – Kostanay – Yekaterinburg flights. In the future, flights are possible in Aktobe and Atyrau.

It is reported that in the future it is planned to reconstruct the airport terminal. An agreement has been concluded with the project organization to develop a feasibility study.

Initially, the reconstruction of the airport was scheduled for 2017.

Kostanay is located in the steppe zone in the north of the Turgai Plateau, in the south-western part of the West Siberian Plain, 571 km north-west of Astana. The nearest million-plus city is Chelyabinsk, located 260 km north-west of Kostanay.