Kobe Bryant used to use helicopters to move near Los Angeles, but he and his wife made a pact of never flying together.

“He and Vanessa agreed that they would never fly together,” a close family source told People magazine.

The former basketball player, who died with his 13-year-old daughter Gianna and seven others during a plane crash, is survived by his wife of 37 years, whom he married in 2001, and his daughters Natalia (17 years old), Bianka (3 years) and Capri (born in June 2019).

Kobe, 41, was traveling to a youth basketball game, according to ESPN.

In addition, the same source indicated that the Oscar winner also flew only when flying Ara Zobayan, another of those killed in the accident.

Bryant started using helicopters while still playing at the Los Angeles Lakers so he could spend more time with his family.

“I was in transit and I missed a school play. I had to find a way to train and not miss moments with my family. It was when I realized that with the helicopters I could move from one place to another in just 15 minutes,” he told baseball player Alex Rodriguez in 2018.

During an interview he gave in November 2019, Bryant said that he was most proud of being a father. 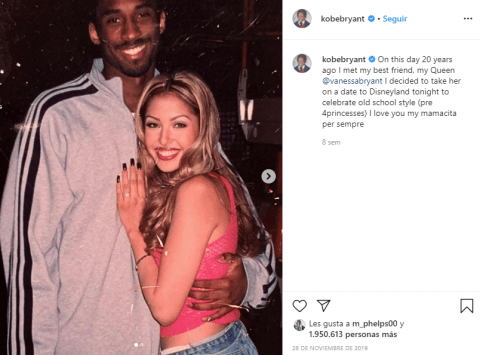