On January 26, the news hit everyone: NBA legend Kobe Bryant and his daughter Gianna suffered a plane crash and lost their lives in Los Angeles.

Almost a month after the tragedy, some of the causes that led to the terrible event remain to be clarified but all eyes point to the company that owns the aircraft, who, according to US media, Vanessa Bryant will sue for what happened.

According to the TMZ portal , the widow is going to “hit the helicopter company with a demand to fly recklessly,” which caused the deadly catastrophe in which her husband and 13-year-old daughter died.

In the lawsuit filed for manslaughter against the ship’s operating firm, Vanessa states that the helicopter should not have been used in such dangerous weather conditions before the accident that killed nine people.

The document ensures that the Island Express company was subject to strict visual flight rules and the weather conditions on the day of the tragedy were not suitable for flying due to the presence of fog and poor visibility.

This lawsuit, filed in the Los Angeles County Superior Court, was released this Monday while thousands of supporters gathered at the Staples Center to pay tribute to Bryant and his daughter almost a month after his death.

“They were full of energy and desire for adventure. They had to bring them home together,” were the words Vanessa outlined in the act and pointing against the airline. 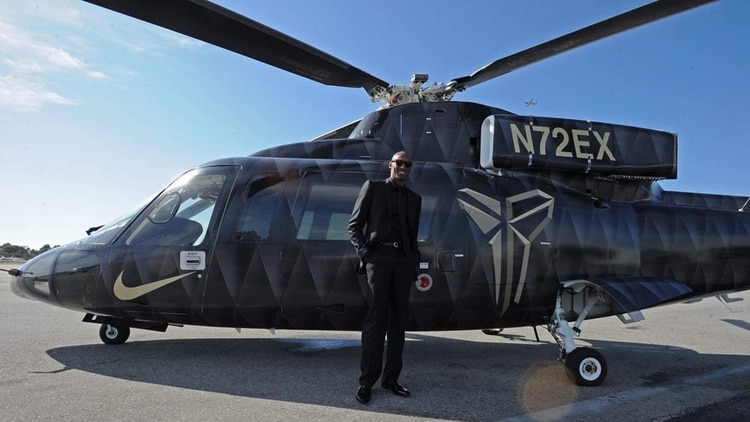 It should be remembered that on Sunday, the Calabasas area in California was completely covered by fog, to the point that it became blinding.

That is why the Los Angeles Police Department (LAPD) chose not to fly its helicopter fleet near the time when Bryant took off from John Wayne Airport.

Anyway, the pilot had a special authorization to fly called VFR (Special Visual Flight Rules, or special authorization of special visual flight rules) and the air traffic controllers warned him at a certain moment that he was flying “too low” shortly before that the device will crash, according to an audio that has transcended.

The Sikorsky S-76B helicopter took off at 9:06 in the morning from Orange County and was on a short flight north of Los Angeles. But the bad weather complicated the journey from the beginning, and just over half an hour later it all ended in tragedy.

Then he flew over the city of Los Angeles from south to north towards El Monte without reporting an accident. 39 minutes after taking off it crashed on a hill that can be easily seen from Santa Monica.