The search for extraterrestrial civilizations still does not bear fruit. This is the main conclusion of a study that has just been sent to be published in the Astrophysical Journal , directed by Danny Price, and whose methodology has borne fruit to another article sent to Instrumentation and Methods for Astrophysics , and that has been directed by Matthew Lebofsky. Together with them, the largest intelligent life search database (SETI) has been published to date, and the result of the Breakthrough Listen initiative, promoted by magnate Yuri Milner. This investigation allows us to affirm that no trace of intelligent life has been found in the 1,327 closest stars, within a radius of 160 light years.

“This data is a tremendous milestone for the Breakthrough Listen project team,” Danny Price, an astrophysicist at the University of California at Berkeley (USA), said in a statement. “We have completed thousands of hours of observations on nearby stars, over billions of frequency channels. And we have not found any trace of artificial signals coming from beyond the Earth.”

Astronomers have searched for several types of technological footprints, marks that an advanced civilization could leave in space, such as radio transmissions. On this occasion, researchers have been searching for powerful signals limited to a narrow range of frequencies and bright laser traces that could be used for communications or propulsion systems. The elaborated file also collects data from the observations of FRB 121102 , the first rapid burst of radio detected, and signals from the interstellar asteroid Oumuamua.

Unfortunately, although thousands of interesting signals were captured, it was confirmed that all of them came from terrestrial sources, such as human satellites. But, as Danny Price has said: “This does not mean that there is no intelligent life out there: we may not have looked in the right place yet, or we have not investigated deep enough to pick up the dimmest signals.” In addition, it is possible that the proper frequencies have not been tracked or that these are hidden by interference from terrestrial transmissions. The search has been carried out thanks to the Breakthrough initiative, a 10-year, 100-million-dollar budget campaign that started in 2015 with the support of Russian tycoon Yuri Milner. Among its projects is Breakthrough Listen, a program that looks for technological footprints created by advanced extraterrestrial civilizations, thanks to the data collected by two of the largest telescopes on the planet: the Green Bank (in West Virginia, USA, and with a 100-meter dish) and the Parkes (located in Australia and with a diameter of 64).

Despite the negative result, scientists have said they intend to intensify and extend the search for extraterrestrial civilizations. “I’m not discouraged at all,” Andrew Siemion, co-author of one of the studies , said in Gizmodo:” These results will help us make future analyzes that will have even more rigorous limits and that will give us a better opportunity to detect something out there.”

In fact, scientists from the Breakthrough Listen project hope to take advantage of the power of the MeerKAT telescope, which will be installed in South Africa, consisting of an observatory of 66 13.5-meter antennas. Thanks to that, the project is scheduled to complete a tracking of extraterrestrial transmissions in more than one million stars in our neighborhood. It is also intended to trace the plane of the Milky Way and 100 nearby galaxies.

The data package that has just been published, together with the two articles presented, is the largest compiled so far in the field of intelligent life search, and has been made available to the public and other researchers. In total, these data include a petabyte of information (one million gigabytes, roughly equivalent to 200,000 movies in Blu-Ray format). They collect the collected information in visible wavelengths and in the optical range of hundreds of stars located in a radius of 160 light years.

The survey that has just been published has been based on the ability of artificial intelligence systems to filter extraterrestrial signals automatically. A first filter discarded the interference and a second discarded the signals that did not come from a specific point of the sky. Thus, each star could be heard separately in search of possible transmissions.

According to Live Science Jason Wright, an astrophysicist at Pennsylvania State University (USA), not involved in the work, thanks to the published database anyone can now review the data to look for something that may have happened for high. 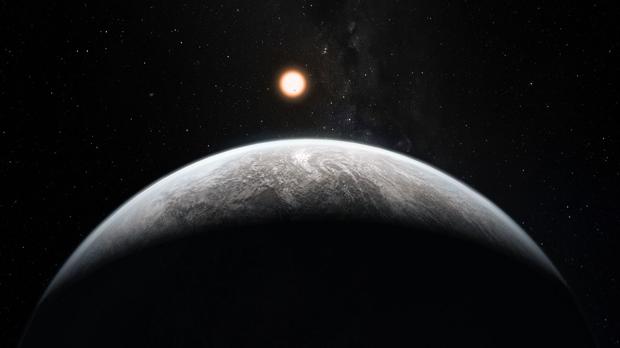 This astrophysicist calculated in the past that the amount of data that has been processed so far in the search for intelligent life in the galaxy, compared to the total of those that exist: according to his estimates, the known is equivalent to comparing the water of a bathtub with water from all oceans. However, this last batch adds a bathtub to the total of the known, at least in the range of radio waves.

The search, sterile so far, is expensive and complex, but has a great reward: to find traces of an alien civilization, and perhaps open the door to communicate with it: “I think this would be one of the greatest discoveries that the humanity could do, “said Danny Price.

Be that as it may, apart from the Breakthrough Listen project, the initiative promoted by Yuri Milner also includes the Breakthrough Starshot project, which aims to develop small space probes capable of reaching neighboring stars.

Newer PostHow Was the Global Hawk Drone Shot Down by Iran?
Older PostPutin Responds with Irony When Asked if He is an Alien (VIDEO)