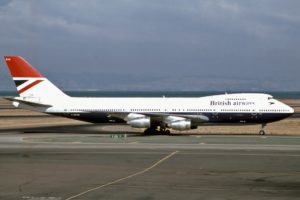 Large-scale security check is carried out on a British Airways aircraft, which was due to depart from Paris Charles de Gaulle Airport on flight to London Heathrow.

“On British Airways flight BA0303, currently being held on tarmac at Paris due to security threat, surrounded by police and fire vehicles.”, said the Paris airport statement. The reason for additional measures is not reported. Aircraft has been deemed absolutely safe. Authorities are satisfied with the search and the airplane was allowed to continue to London Heathrow.

“The passengers undergo personal searches, and hand luggage is checked by dog ​​handlers with dogs. According to him, the reason for the check was the security threat”, said British Airways passenger, James Anderson.

The local authorities and British Airways still are not commenting the issue and the root cause of the flight security check. The terrorism level in UK was increased to maximum, after the last week’s attack in the subway.